Image Based Lighting (IBL) is the typical way ‘Hollywood’ type live action movies have their CGI content ‘rendered’ – making them as believable as possible. The process takes real world photographs – captured as 32-bit High Dynamic Range (HDR) images, which then behave has the lighting for the computer model – each pixel being a light (essentially). Some of the model also feature UV maps for improved detail work.

Below are some examples I have produced – as still images.

Above : Computer model of bmw i8 car rendering inside an aircraft hangar 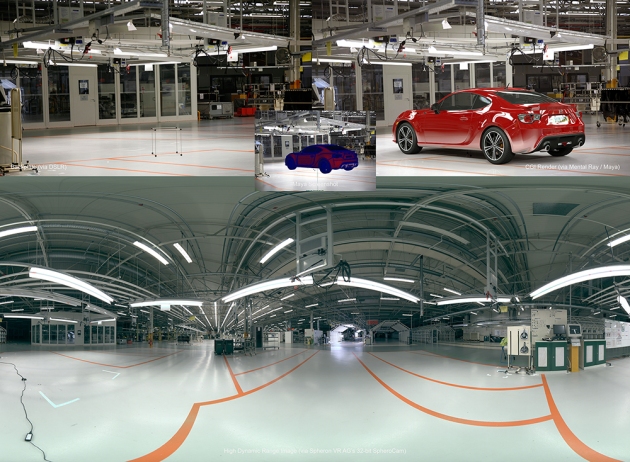